Not sure how much it’s known, but Jeff Bezos is a huge fan of the Theory of Constraints. Such a big fan that ‘The Goal’ from Eli Goldratt is one of the 3 must-read books he gives out to all senior executives joining Amazon.

The now-famous business model he drew on a napkin is coming from ToC’s Throughput Accounting. 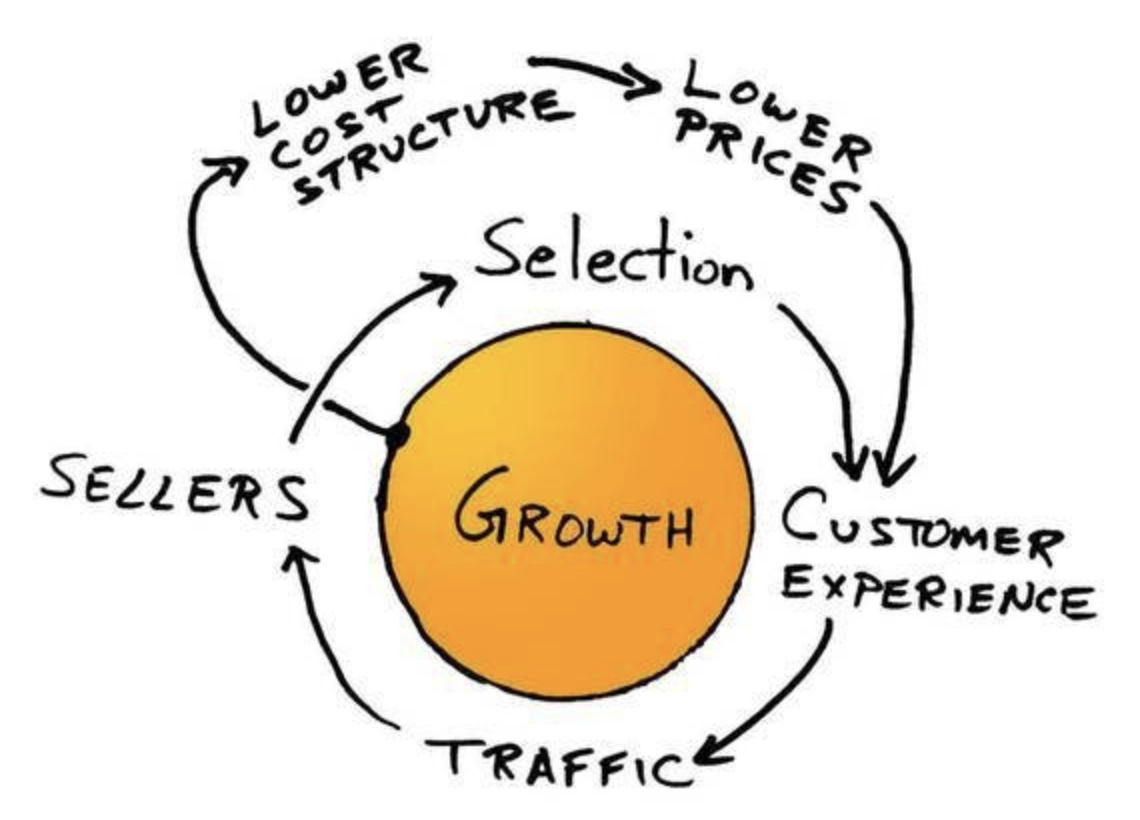 Also, if you’re wondering how Amazon was able to achieve same-day delivery. Again, ToC is the answer.

Just how much it influenced the way he thinks I got to understand in this article I found.

Marc Onetto (Amazon SVP of worldwide operations) - In 2006, we mostly had our inventory in the Midwest. The cost between the fulfillment center and the customer was about $1.50 a package. The cost by air was about $15. So it was 10x more expensive to send a package by air.

I’ll always remember, I presented the numbers to Jeff Bezos and I said, “This is what Prime is going to cost because of the percentage by air.” And Bezos said, “You aren’t thinking correctly.”

That’s why he’s a genius and I’m just an operations guy.