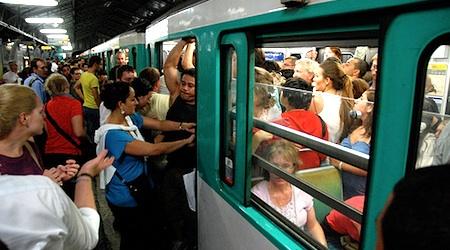 Train was late and all the people that came to the station in the meantime were trying to get in. Cramming in leads to longer delays. Once the train is delayed, it’s delayed for every station downstream. Thus, sadly, the same behavior accelerates and it gets even worse.

Same thing happens in product development when you start with a big batch and that’s almost always the case. The bigger the batch, the more likely it’s going to be late, which in turn hurts predictability. Once it’s late, cramming in and pressure starts piling up.

If you knew the next train will be coming in two minutes, how likely would you not do this and wait for it? I’d say very likely.

High demand and low predictability incentivizes the system for cramming in more work.